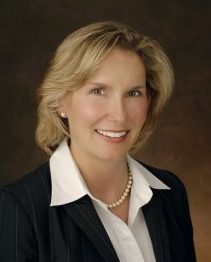 Christina Spade, executive member of the T. Howard Foundation board of directors as Treasurer, has been appointed to the position of Executive Vice President and Chief Financial Officer, CBS Corporation, effective immediately, it was announced today by Joe Ianniello, President and Acting Chief Executive Officer.

Spade has served as executive vice president, chief financial officer and strategy, for Showtime Networks since February 2013. She has been responsible for all financial matters relating to Showtime Networks’ businesses and was instrumental in the successful scaling of Showtime’s broadband streaming platform, which launched in July 2015. CBS said she has been the key financial architect of numerous real estate deals and transactions at Showtime. She also serves as a member of the board for Smithsonian Channel. In her new position, Spade will oversee all financial operations of CBS Corporation including treasury, tax, accounting, internal audit, information security and real estate.

In addition to serving on the board of the T. Howard Foundation, Spade is a NY Chapter Board member of Financial Executives International. She founded and is president of ATR Children’s Foundation, which is a non-profit organization established to help children in need. Spade is a CPA and graduated with a B.S. in accounting from St. Joseph’s University.