The mission of the T. Howard Foundation is to promote diversity in media and entertainment by increasing the number of diverse and underrepresented groups and underserved communities within the industry.

History of the T. Howard Foundation

In the 1990s, television, satellite, and cable were fast becoming an entertainment utopia for subscribers and viewers. New networking and technologies were being developed and launched at an unprecedented pace, targeting and reaching new, diverse audiences. 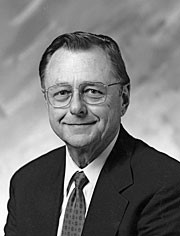 During an industry trade association board meeting, Scott Weiss, then an Executive Vice President at Turner Broadcasting, noted the lack of diversity in the rapidly growing industry. In response, he, along with the endorsement of company executives Ted Turner and Terry McGuirk, and support from other industry leaders, announced the formation of a Foundation in 1993, a nonprofit organization dedicated to increasing diversity in all facets of the industry.

Weiss named the Foundation after a long time mentor of his, H. Taylor Howard, an American scientist, radio engineer, Stanford University professor, visionary, and inventor of the technology used today by the cable, satellite and telecommunications industries. His career spanned 50 years, and Howard’s involvement in the development of television transmission technology in the ’60s and ’70s revolutionized the wide television distribution capabilities that we enjoy today. He believed that the very technology he helped to invent would one day be instrumental in uniting people from around the world.

How We Accomplish Our Mission

Our mission is accomplished via the following comprehensive programs and services: