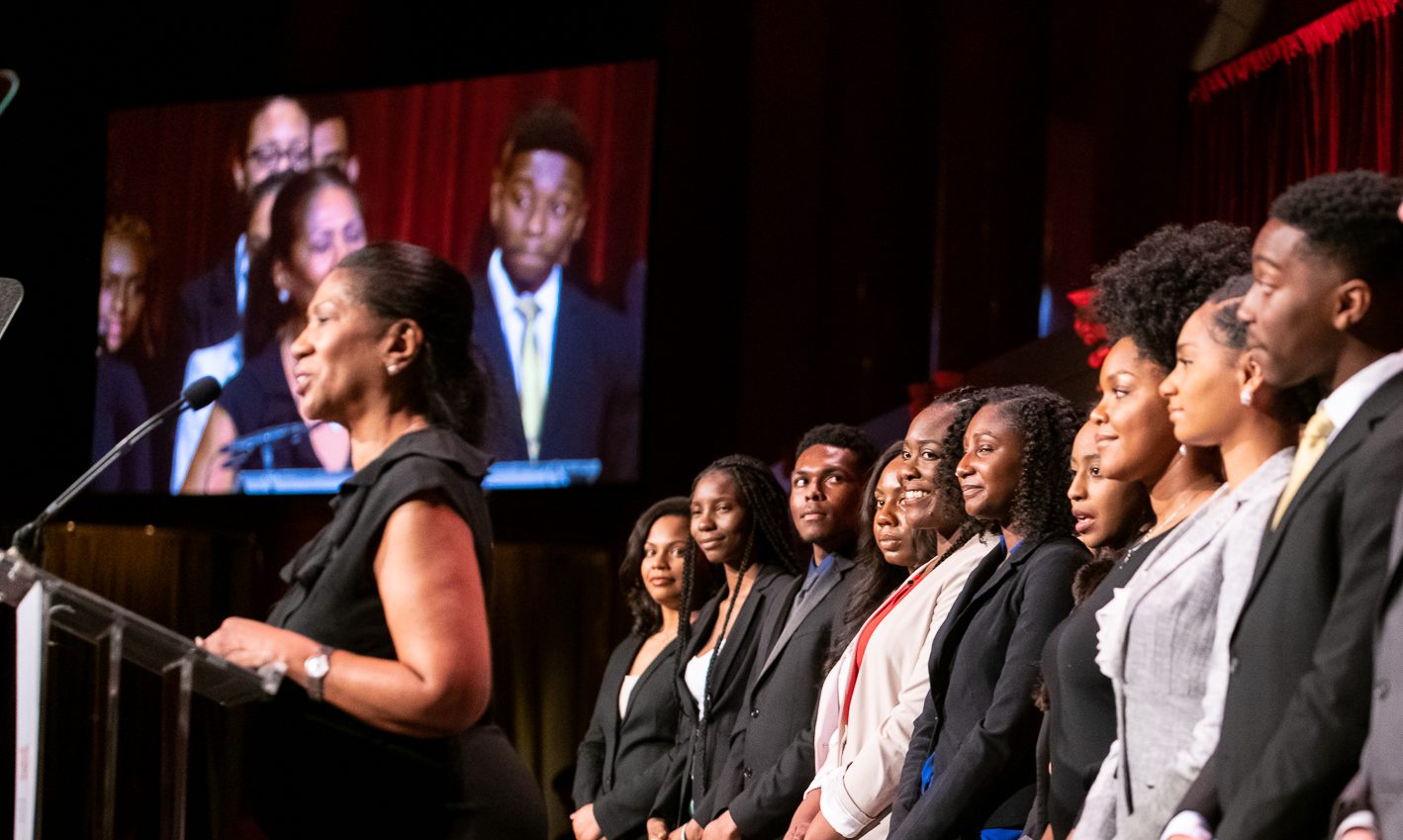 The Dinner took place on Wednesday, March 27 at New York City’s Cipriani Wall Street. THF recognized industry leaders and companies who are committed to diversity and inclusion, as well as its recent internship program class and new hires and promotions. In 2018, THF placed more than 150 interns in the summer, spring and fall.

Christian Ortega (THF ’11), Associate Account Executive at Twentieth Television, was recognized as THF’s 2019 Rising Star. Ortega spoke to attendees about his journey from THF intern at Viacom to a full-time employee in the media industry. He acknowledged the Foundation for the opportunities to network with industry leaders and providing mentorship.

During the evening, THF showcased a silent auction with more than 30 items and exciting experiences donated by companies supporting the dinner, including tickets to the 2020 Super Bowl and Billy Joel at Madison Square Garden, and to tapings of “The Tonight Show Starring Jimmy Fallon,” and “The Late Show with Stephen Colbert.”

Earlier in the day, THF hosted its 6th annual Diversity Meet & Greet for Internship Program alumni and Talent Development members who are actively seeking full-time positions in the media industry. Representatives and recruiters from 24 companies interviewed and networked with attendees.

To view photos and highlights from the dinner, click here.