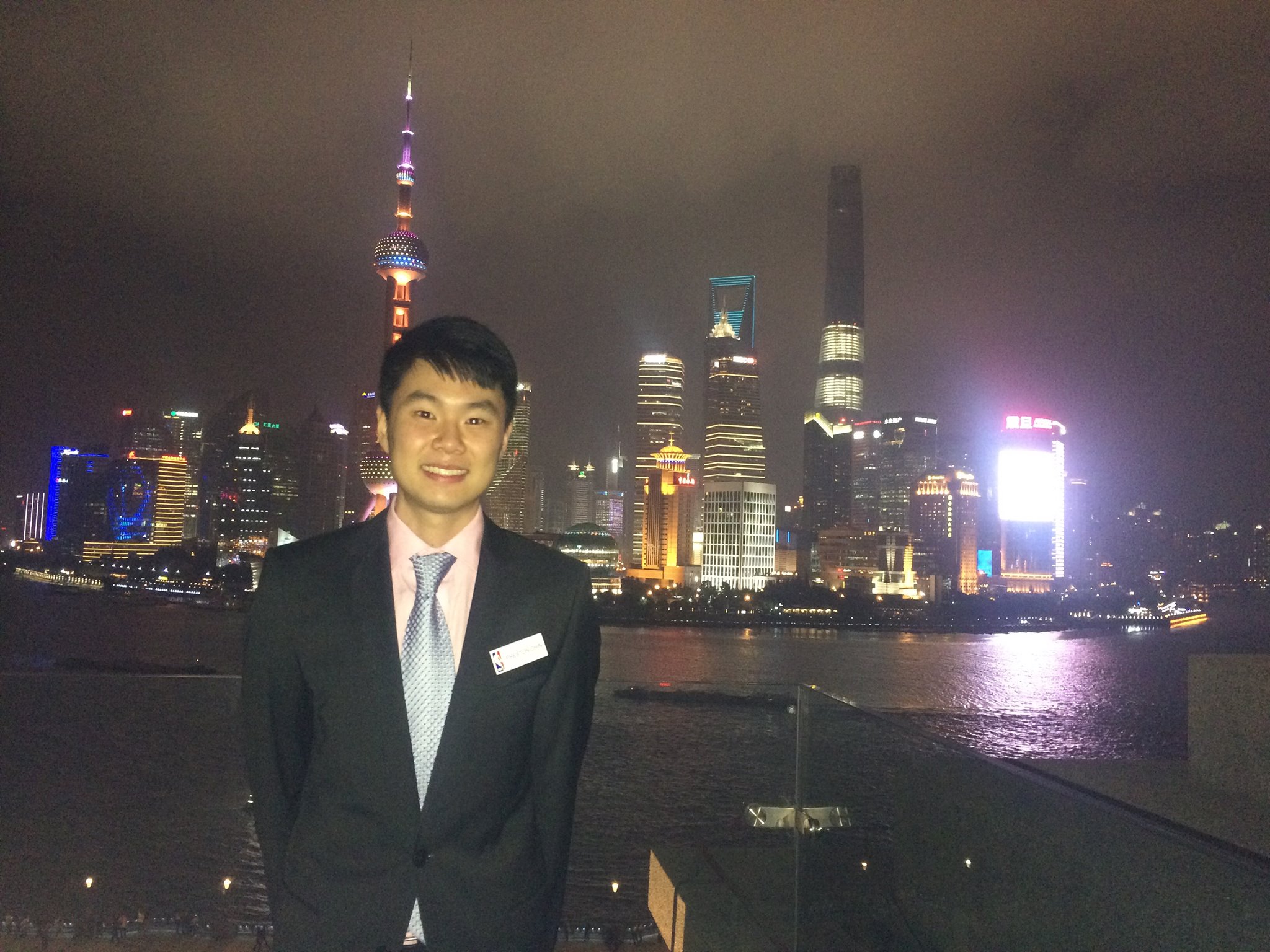 As the NBA Finals come to a close, Preston Chin (THF ’12, ’13) is living out his childhood dream of working for the league and in the media industry.

While growing up in Atlanta, Preston was always drawn to media, especially sports. “I have always been interested in sports media, particularly ESPN. I watched NBA TV all the time and I loved to broadcast games for fun.” However, he wasn’t sure what career path he would pursue in the industry.

Preston’s lifelong interest in media influenced his decision to major in communications and minor in economics at Stanford University. At Stanford, he went from pretending to broadcast games to actually being a play-by-play announcer for women’s basketball, as well as the men’s and women’s volleyball games for four years. As a sophomore, Preston interned at an English language newspaper while studying abroad in Chile. During his junior year, he interned at the Federal Communications Commission in Washington, DC, focusing on broadband distribution policy.

Being Proactive Led to NBA Projects and Internship

Preston credits the varied experience he gained across the media landscape, including his two THF internships, with preparing him for his current position at the NBA. In fact, networking during his 2012 THF internship in the sales department at Turner Broadcasting is how he connected with the league: “That internship got me to where I am today with the NBA.”

The NBA had a group of employees based at Turner, located a floor below where Preston was interning. One day he decided to go downstairs and introduce himself. He made a great impression on members of the marketing team and began to work on projects for the NBA while still interning at Turner. These “side projects” helped him confirm his interest in sports media. In 2013, he went on to complete a second internship through the Foundation in ESPN’s digital marketing division.

“I loved it… merging my interest in business, marketing and sports together. It really helped me realize my interest in the intersection between sports and business.” 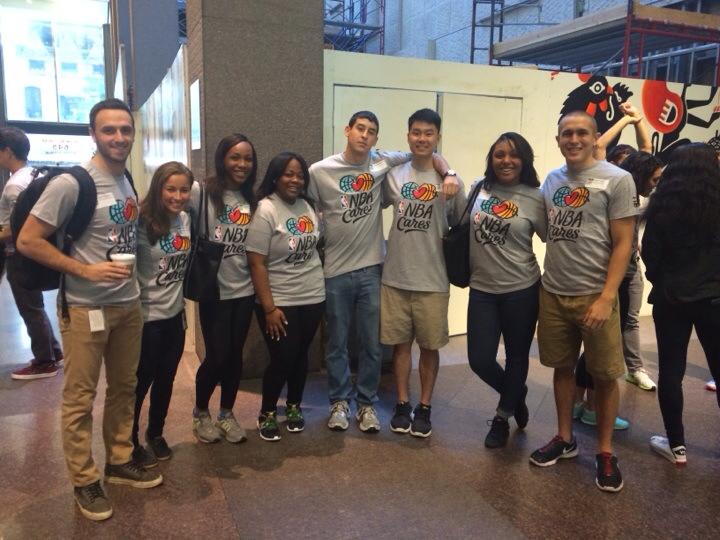 Contacts Recommend NBA Associate Program
As a result of establishing contacts at the NBA, Preston learned about the NBA Associate Program. He applied during his final quarter at Stanford and was one of eight applicants accepted. A few months after graduating in 2014, he began working for the organization he’s loved since childhood.

NBA Associates spend one year working for the league, rotating through the business’ different departments every three months. By actively being a sports broadcaster, having an international reporting internship and working on the business side of the media industry, Preston says this all helps him to make the transitions required in the NBA Associate Program.

Leadership Skill-Building Across the World 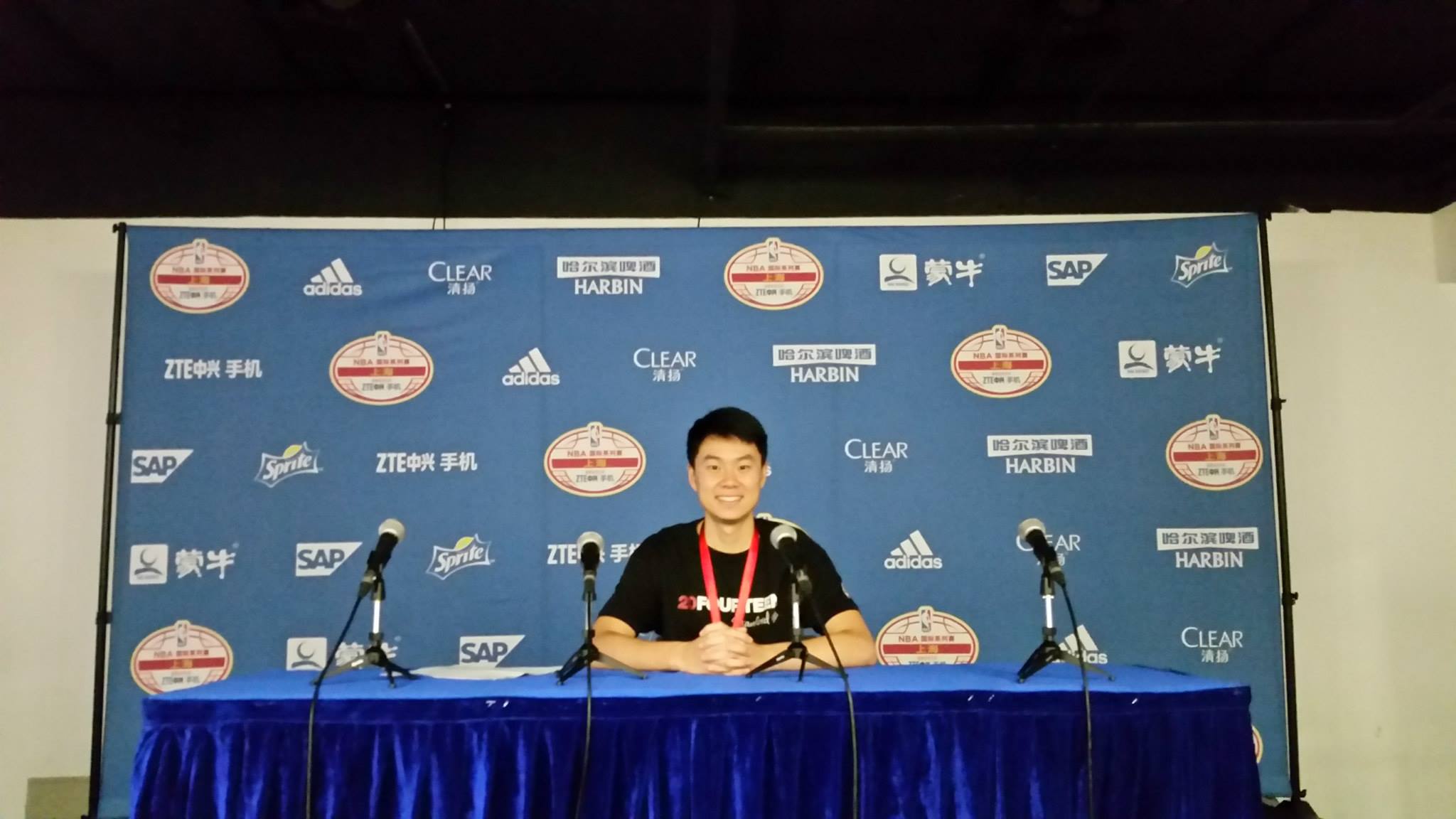 At the NBA Global Games press conference table in Beijing.

In October 2014, Preston traveled to Shanghai and Beijing, China for NBA Global Games between the Brooklyn Nets and the Sacramento Kings. The league sponsors tours for family members and friends of basketball team members. Preston was responsible for accompanying guests of the Brooklyn Nets organization. “We explored many of the famous sites in China and ensured that no one was separated from the group. We also led these guests to their VIP seats and to exclusive team-related events held in hotels and in arenas.”

Preston says the two-week assignment was an excellent opportunity to network with team owners and players’ agents. It also provided him with the unique vantage point of seeing how a large-scale event is executed from the NBA’s perspective.

Find Your Niche with an Open Mind
Having a broad resume within the media industry and taking initiative led Preston to the company of his dreams. His advice to students interested in entering the media industry is to keep an open mind and have a “big picture perspective” when working on a project, even if it is something to which you may not have naturally gravitated. Taking a leadership role on such projects can also generate greater opportunities.