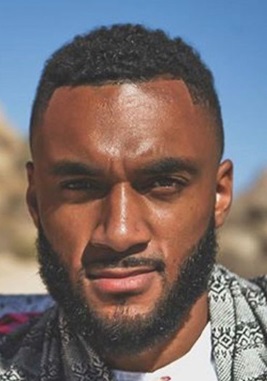 TECH – Alumni Spotlights highlight the success of THF alumni in technology roles. Jeremi is currently working as a UX Designer for Salesforce, a cloud-based software company.

Can you tell us about your position with Salesforce?

In my current position at Salesforce, I’ve been able to bridge my love of philanthropy with my passion for emerging technology. As a UX Designer, I’ve led design around our Philanthropy Cloud iOS application. Philanthropy Cloud is currently an app that allows employees who work at companies we are partnered with, to contribute to their favorite nonprofits. Before becoming a designer, I was heavily involved in mentoring high school students in the community of South Central Los Angeles. So being able to build a technology that has the potential to contribute to the greater good of society, while doing something I love as a designer, is a true blessing.

What I like most about Salesforce is that they go against the grain of what most large tech companies represent. The leadership at Salesforce truly cares about making an impact in the world. We’re encouraged to take volunteer time off to help our communities and often times it is great to hear about those stories from our peers. When you hear these stories it can become a ripple effect where many people are aiming to do their part. Since starting my position I’ve been more involved with my community than I ever have been in previous roles. Day in and day out we’re working hard to build great tech, but at the same time, I feel like I’m encouraged to become a better human being first and foremost.

Why did you decide to pursue a career in tech?

My desire to work in tech came from the idea that I could become a job creator within a field where there are not many people who look like my self. I don’t have a traditional design education since I’m self-taught. My hope is that I can pave the way for anyone who misjudges a black or brown designer that may not have the ‘proper’ design education.

Growing up my father was affected by Schizophrenia while my mother died when I was 19 years old. As sad as those experiences have been in my life, they are what sparked the drive to be the example I wanted in times where I needed it the most. Living in South LA allowed me to see that there were many fathers affected by mental illness. There were also many fathers that had a lack of hope. That lack of hope trickled down generationally and in the past decade, I’ve strived to become someone who could help break the patterns. I’m not sure where I’ll eventually go in tech since the possibilities are endless, but my overall vision has been to serve as a positive example to youth that have the odds stacked against them.

What are your major responsibilities and what does a typical day look like for you?

My main responsibility is to design an engaging application that makes sense to the everyday iOS user. On a typical day, I might be designing how a feature or flow should work through sketches or interactive prototypes. While other days I may be presenting my designs to key stakeholders to make sure our team’s ideas are headed in the right direction before we move into the implementation phase.

The most fundamental part of my job is taking vague ideas and turning them into software that people could interact with. In order to do that, I first have to communicate internally to developers, designers, and executives how those ideas would work. Some people enjoy talking through ideas, but most folks are visual learners. So I get to pick their brains on things that they think could work or where there might be tech constraints. Since I work remotely from home, I also get the chance to be inspired by all the houseplants in my home office. Most days it feels like I’m working out of a treehouse!

What skills are most  essential to be effective in your role?

My philosophy is that the most valuable skills that a UX Designer should have are empathy and communication. My peers could have tons of ideas to bring to the table when building out features. I can’t be the person who tears down their ideas. I have to decipher where those ideas make sense or don’t and also communicate in a way that still fosters a creative environment. Users could get tripped up in flows when trying to complete a task. A great designer is not someone who says ‘that’s your fault, figure it out.’ I need to understand from users where they find difficulty or confusion when they complete those tasks.

My wife and I have gone to therapy for years to build a solid foundation in our relationship. It was something we wanted to do before marriage. In turn, going to therapy was the best investment I made in my career as a designer. If I’m unclear about the goals and expectations of a project, I ask! If I harshly get critiqued on something I designed, I don’t take it personally. I try to understand the underlying reasons why that person may feel the way they do. In 5 years as a designer, I’ve learned that it can be tough for people to communicate exactly what they want. Most times they don’t know what they want. I kind of like to think of UX Design being a hybrid career between psychology, visual design, and sales.

How has your affiliation with T. Howard Foundation influenced your career?

I’d say that the T. Howard Foundation allowed me to surrounded myself with other ambitious young people who aspired to be greater. The experience of interning at AMC Networks in New York through THF will remain one of the highlights of my life. It allowed me to see that I wasn’t alone in the journey of being a first-generation college student who wants more in life.

As an alumnus, I’ve been able to meet and serve as a mentor to current T. Howard interns. A job is what you’re paid for, but a calling is what you’re made for. THF has given me plenty of chances to answer that calling and for that, I am forever thankful. Bridging the gap and helping others see where they can go is something that makes me feel most alive.

What advice would you give to THF interns/other alumni as they being their careers?

If you are in the beginning stages of your career you may have a lack of confidence stemming from inexperience. Understand that experience comes with time and hustle is more important than knowledge starting out. Before going after that dream job, think about your story so far and what you have done up to this point to show people your value. Young people really don’t understand how important your story is. It is what connects you at a human level and to be honest, being transparent about my story at every stage of my career is what developed into the next opportunity. Because I helped youth in South LA, it played a huge role in connecting me to my opportunity at Salesforce.

Value doesn’t always come in the form of hard skills, soft skills and intangibles could make you a more valuable asset than you may realize. Your story is what separates you from the competition, not the picture or fancy flourish on your resume. Reach out to people you’re inspired by, read biographies and understand the blueprints for success. You’ll begin to see that most successful people in their respective fields didn’t start out knowing everything before they got started. They put the fear to the side and dived in. Keep the faith and you’ll be fine…even in the times where you feel most frustrated, relish in those moments and be inspired. It only makes the story of your life more interesting!