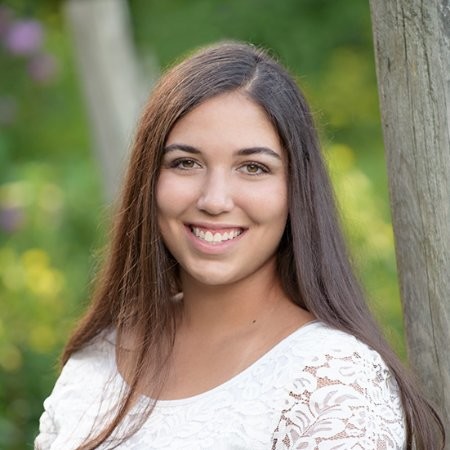 Duties & Responsibilities – My responsibilities varied greatly depending on what projects people needed help with. I worked on social media campaigns, contributing to strategy ideas in meetings and creating videos and graphics to post. I also helped to develop and launch a voice game on Amazon’s Alexa. Other tasks included organizing archival files and doing research on new technologies and competitors as needed.

I would arrive at the office at 9 and read through any email I had. My desk was near the elevator so as people came in I would say hi and let them know if I had free time that day if they needed help with things. I could then spend two hours in the morning writing trivia questions for the trivia game and putting them into the online system. After, I would spend an hour playing though them to make sure they work and let the development team know about any bugs.

After lunch, I might sit in on a social media strategy meeting. When we launched a brand new comic, I was able to help create graphics and come up with a launch calendar. In the late afternoon, people might drop by and ask me to do some research on a competitor or a new product. Otherwise, I would work on editing old Popeye TV show clips to be posted on YouTube. The work load varied and most days had new tasks because people often asked for help on random projects.

I learned so much helping to create the voice game for Amazon’s Alexa. It was a trivia game so I wrote over 2000 trivia questions and got to record a professional voice actor to use as the host. This project forced me to quickly learn new editing software.

Being on the project from mid-development though the launch and into the advertisements helped me to really understand how professional projects get made.  It was also good to learn to work with a large team that was spread across the country.

I appreciated that they gave me real responsibilities. Many of the tasks I was asked to do were important work. The research I did and conclusions I came to were actually used in decision making. It is so rewarding to see the impact of my work.

The most rewarding parts where seeing my work in the final project. When I created a graphic for a social campaign, I always felt proud to see it posted and fans interacting with it. I was so proud when the voice game launched and my friends and family could actually play it.

A challenging part was that since I did not have defined responsibilities, there was not always lots to do. This meant that I had to be proactive in getting to know people in the company and ask if they need help with anything. I also even found projects that I think would benefit the company and proposed them to my boss.

Communication was definitely a big skill I needed. Since people are working all over the US, we had to be very clear in emails and conference calls about what we were all doing. Even with people in the office, when they asked me to do something, I had to be sure to ask clarifying questions so that I did it correctly the first time.

This internship showed me how I can take an active role in my jobs and ultimately my career. If there is something I want to work on or someone I want to talk to, all I need to do is respectfully ask. So often there were projects I heard about that interested me.

No one knew I was interested until I spoke up and they were always happy to have extra help. It really is important to advocate for yourself and create opportunities.

Definitely be nice to everyone and keep in touch after your internship ends. Most people are happy to help you out and remember a time when they were just starting out in their careers.

Use your time as an intern to talk to people and make a professional connection. If you worked with them, they are sure to be happy to chat about their career and help you out if they can.