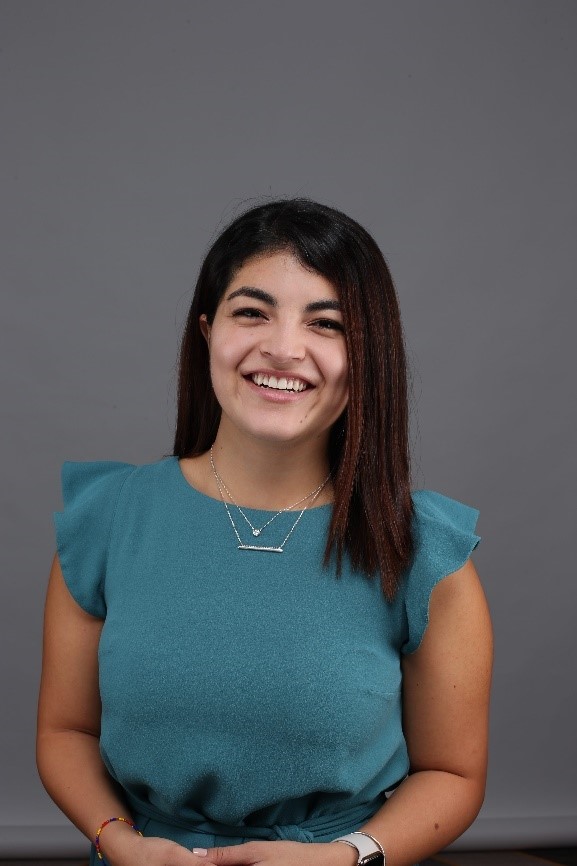 Catalina “Cata” Mejía (THF ’17) has been named T. Howard Foundation’s 2022 “Rising Star”. The Rising Star distinction recognizes THF alumni for their outstanding early-career achievements and their commitment to advancing the Foundation’s mission by paying it forward. Mejia was recognized at the 2022 Diversity Awards Dinner on Wednesday, September 14th where she delivered her brief remarks.

Hailing from Colombia, Arenas is a bilingual multimedia journalist and communications strategist with experience in TV, digital and radio storytelling formats currently based in New York City. From pitching, writing and producing to editing and reporting live, she can do it all in English and Spanish. She is passionate about news and current events, particularly community-based stories with a national scope that have the power of combating misinformation, restoring faith in humanity, and giving a platform to those who may not have had the chance to share their story before.

At the present moment and in addition to being a full-time graduate student at New York University, she is a Content Curator for Facebook News at Meta. She is also the inaugural President of the Journalism Alumni Network at the University of Maryland and a member of their Board of Governors. Prior to these roles, she was the Lead Digital Communications and Brand Strategist at the all-women PR firm, Communications Shop, where Catalina oversaw the digital team and guided the development of editorial messaging across multiple platforms to optimize the reach and engagement between clients and their target audiences, as well as providing critical feedback to strengthen their brand identity. Additionally, she was a Digital Journalist, Producer, Researcher, Social Media Manager and Graphic Designer for the independent news initiative #NewsNotNoise, where alongside CNN’s former Chief White House Correspondent, Jessica Yellin, she reported on key topics on social media platforms at a national and international level, with a focus on delivering information in a substantive, smart and succinct way for all audience levels to easily digest. And lastly, she also co-hosted and co-produced the weekly radio show Decisión Latina, focusing on national and international issues that impact the Latinx community in Nevada.

Her previous interviewees include the former U.S. Vice President, Al Gore and A-List celebrities, Salma Hayek and Samuel L. Jackson, among others. Her work has been showcased through opportunities with NBCUniversal and Telemundo in Washington D.C. and Las Vegas, The World Bank, the Inter-American Development Bank, the International Monetary Fund, Lulofilms in Colombia, NTN24’s Poder Latino and Efecto Naím, and the national publication HerCampus.

She has also created content for, produced and hosted her own podcast titled Up Front with Catalina Mejía, starred in Nickelodeon’s show Figure It Out, reported for Capital News Service, produced and hosted interviews for Entrepreneur at the University of Maryland, and participated as talent in the Latin Grammys 2013 promotional campaign.